Governance at a Glance

Jessica Billingsley serves as Akerna’s Chief Executive Officer. In June 2019 she became the first CEO of a cannabis ancillary company to be listed on Nasdaq. She co-founded MJ Freeway in 2010, where she served as President until April 2018, and later as the CEO until MJ Freeway was acquired by MTech to form Akerna. In 2015, she was named as one of Fortune’s Most Promising Female Entrepreneurs, in 2018, she was named one of Inc. Magazine’s 100 Female Founders, and in 2019, she was named to Entrepreneur’s inaugural list of 100 Powerful Women.

Prior to MJ Freeway, Jessica earned her degree in Communications and Computer Science from the University of Georgia and later became CEO and founder of Zoco, a technology services firm with clients across the United States. With 20 years of technology and systems experience in rapidly scaling businesses, Jessica is a highly regarded executive in both the tech and cannabis space.

Entrepreneurial leader recognized as a change agent that drives growth during times of disruption, transformation, or turnaround. Most recently, served as CEO for VIVO Cannabis (TSX: VIVO). Barry has an expansive global network, and proven success in strategy development, performance enhancement and public company governance.

Over the past two decades, Barry has been the CEO of four life science companies (two listed on the Toronto Stock Exchange) and served as a director of five public and three not-for-profit organizations. In 2015, Barry was inaugurated into the Canadian Healthcare Marketing Hall of Fame for his contributions to healthcare and exemplary service to the community. 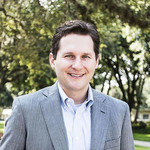 Matt Kane is the Co-Founder, Board Member, and former Co-CEO from 2005-2019 of Greenshades Software. He is also a Co-Founder and Board Member of Welltality, where he served as CEO from 2014-2018. Matt’s background is in building, growing and scaling software companies. He has been a member of the MJ Freeway Board of Directors since 2015 and earned his MBA from Warrington College of Business at University of Florida and B.S. in Computer Information Systems from Jacksonville University. 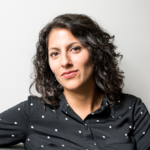 Tahira Rehmatullah is a Partner at Highlands Venture Partners, CEO of Commons, and member of the board of directors for Akerna Corp., Ceres Acquisition Corp., Good Works Acquisition Corp., and Superette. Tahira has previously held positions at Hypur Ventures, MTech Acquisition Corp., Marley Natural, Privateer Holdings, City First Enterprises, Perry Capital, and Ernst & Young. She is an investor and advisor to numerous cannabis and hemp businesses and entrepreneurs. She also serves on the board of directors of the Last Prisoner Project and is dedicated to developing female and minority leadership in the industry. Tahira earned her MBA from the Yale School of Management and B.S. in Finance from The Ohio State University. She resides in New York City. 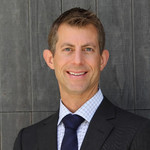 Scott Sozio serves as Head of Corporate Development for Akerna. He was the CEO of MTech Acquisition Corp., a Nasdaq-listed special purpose acquisition company that merged with MJ Freeway to create Akerna. He is the Co-Founder and Managing Director of Hypur Ventures, a cannabis-focused venture fund and a Partner at Van Dyke Holdings, a family office investment firm. Scott is Director of Hypur Inc., a banking compliance technology business, and Director of Simplifya Holdings, LLC, a cannabis compliance technology business. He received his B.A. in Architecture from Columbia University.